As The Flow Cries 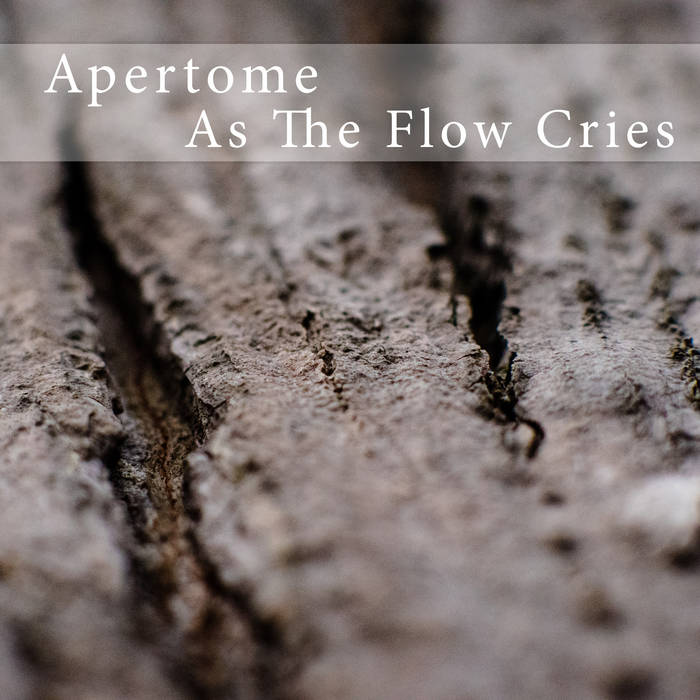 In early December 2016, Apertome sequestered himself in remote cabin with his wife to embark on a journey to create an album. He had just finished "As The Flow Cries," an ambient dub techno lap steel creation, which turned out to be the model for what was to come. In fact, several other pieces reuse some raw materials of "As The Flow Cries."

His focus sharpened by the isolation, he recorded four additional tracks, taking in the natural inspiration at hand, including cold hikes, creek exploration, a coyote sighting, and the first snow of the season. He also recorded creek sounds on the spot and used them in his new music ("Sycamore Silver"), as well as other field recordings he had prepared previously.

But mostly, this is a lap steel album (Apertome's first using that instrument). By using various playing technique, running through effects and creating a volume pedal using a synthesizer, a wide array of standard tones and special effects were created using the lap steel. Most of the accompaniment and all of the field recordings were from a modular synthesizer.

Audio quality notice
This album was recorded at 48khz/24-bit (higher than CD quality), and the FLAC files provided here are of the same high quality.